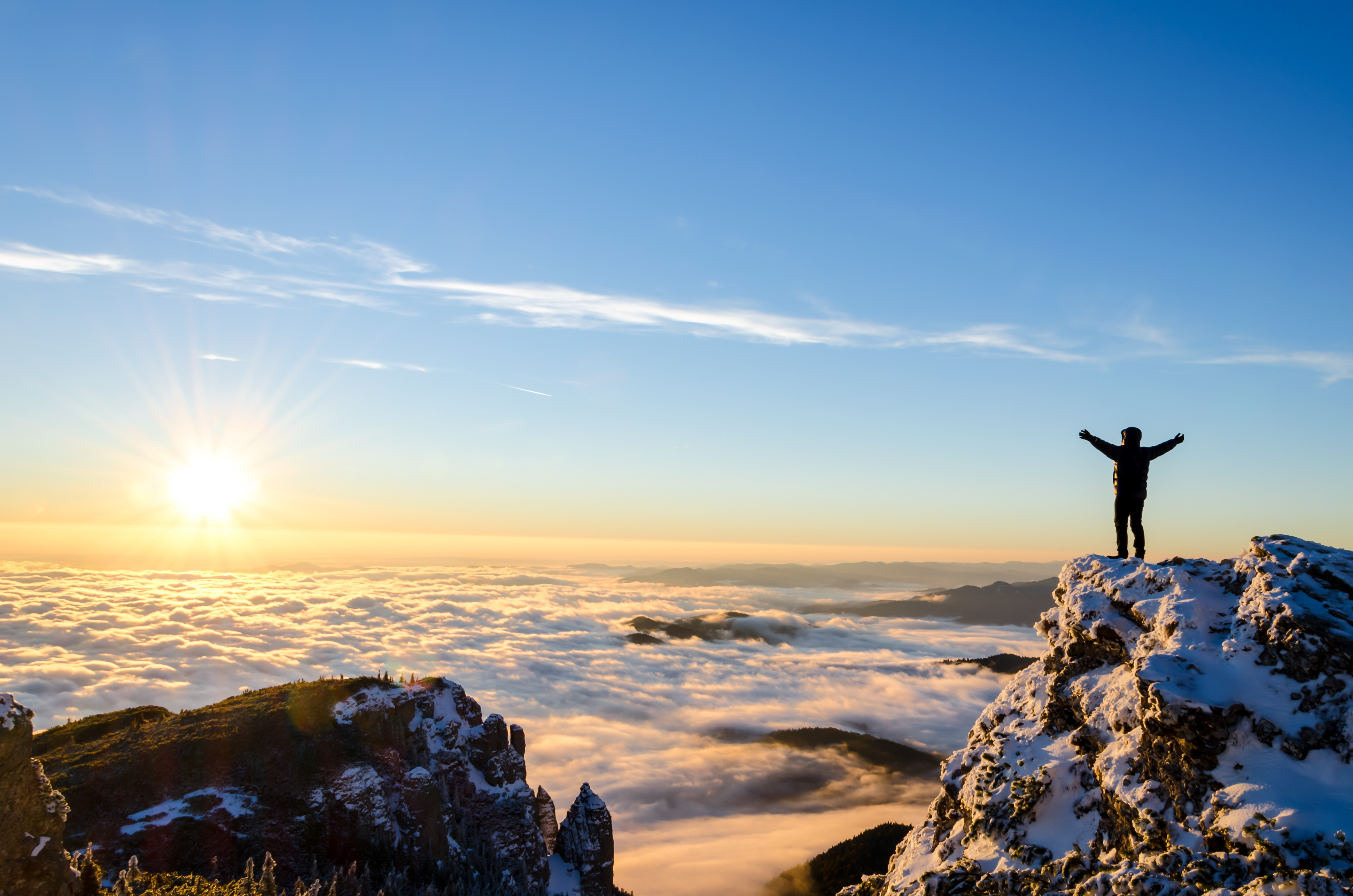 Did you know that I grew up with a really bad stutter? It was a serious speech impediment that created this sensation of what I call voice freezing… like I knew exactly what I wanted to say, but I couldn’t make the words come out of my mouth. Even if I re-spoke the same sentence, I would continually be literally unable to say that same word. It was a nightmare for me.

I don’t share this with many people, but the truth is that this speech impediment is why I have a career in fitness today and why fitness matters so much to me. One of the best things about fitness is that it gives each one of us gifts beyond a physically able body. It’s not always obvious, but the journey we each go on and the role fitness plays in our personal transformation is so captivating. Let me share a little more about how fitness did that for me.

Growing up with this stutter, I became too afraid to talk to people, and so I didn’t. Although I didn’t consider myself shy, others did simply because I wouldn’t ever volunteer to read aloud in school, say the family dinner prayer, or do anything that required speaking in front of a group of people.

I remember one time, I called my Aunt Lou to thank her for a birthday present and I remember saying, “Hello Aunt Lou, this is…..” and froze on my name for a couple of painful seconds. It was so mortifying that I quickly hung up the phone. I told my parents what happened and they asked me to try again. Reluctantly, I did it, and the exact same thing happened again. I froze right before I could say my name, and I hung up again. She must have felt like she was getting pranked called. At this point, it was so frustrating for me I remember crying to my parents that I just couldn’t do it. They urged me to try one more time. The third time I called, my Aunt Lou figured it out that it was her stuttering nephew Michael. And as I started to say…. “Hello Aunt Lou,” she broke in and said “Yes, Michael, I know it’s you.” Now this was all before Caller I.D. and as relieving it was that she knew it was me and she had saved me from being unable to speak my own name a third time, deep down I was mortified that my stutter was so defining that she knew it was me.

That’s the best way to describe the impact my stutter had on me. I felt identified by it. My peers made fun of me, probably not realizing how deeply it upset me. Adults leaned forward to try to understand and guess what I was about to say… and I felt humiliated daily and frustrated that no one was seeing me for who I was and who I believed I could be. I felt like it was holding me back. Let’s just say that self confidence was not very high as I grew up. To be completely honest, at times I can still see glimpses of self-consciousness show up for me. It’s ironic to me that I’m asked so often to get on stage and speak in front of people. Internally, I still try to get out of public speaking.

Having a stutter led me to play small and shrink back from attention for fear of having to talk. So by staying quiet and avoiding attention, I believed I wasn’t very smart. And believing that, pretty much wrecked havoc on my confidence as a child. I internally beat myself up about not being able to say what I wanted to say and that emotion just kept creeping in to all other forms of communication.

One day, I was called out of the class (which at that age was never a good thing) and was escorted to a modular classroom that I had always seen but never really know what it was used for. I found out that day. It was where I would get recurring speech therapy lessons for the next few years. This again felt like proof I wasn’t as bright as the other kids.

Even though speech therapy helped, mentally I didn’t just need to catch up to everyone else; I needed to do something that was noteworthy and admirable. I needed to excel in something my peers would admire me for. For me, it was fitness that pulled me out of self-doubt and into self-confidence.

Having two older brothers, who started working out with a garage “home gym” bench press, I started to join them in 7th grade. I gained confidence because I was working on a part of me that I could control: My physical self. My classmates would talk to me and they noticed my physical shape evolve (body building) and they asked for advice. Girls would ask to see me flex. So I kept working out.

When my older bothers left for college, I started working out on my own and started to build discipline and confront mental crutches. For example, I wouldn’t listen to music so that I could focus on what I was doing and where my mindset was during the workouts. I wanted to rely on my internal drive to push me to new levels and not need a high powered song to drive me. I

remember that I was so disciplined in my fitness that I would work out before practice at the YMCA  and then drive back to school and go to practice. At the time, I was obsessed with physique-building, and it was the only time I felt like I could work on becoming a better version of myself and see marked improvement.

I was also getting a lot of positive attention for being strong and looking toned. I was often asked to share my workout programs and what specifically I was doing. I even had the school’s All-Star offensive linemen wanting me to train them so they could get the same results. I felt like I had something others wanted, and it was deeply rewarding for me to help others. It was more than that. It healed a part of me.

I don’t know what fitness means to you. I don’t know if it fills a part of you too, or has been a vehicle to heal from past pain like me. But I do know that one of the things I love the most about fitness is that it gives us a physical path to address mental and emotional blocks that hold us back from reaching our true potential.

My journey to fitness would not be the same without that embarrassing stutter. As I reflect on my childhood, I see that the stutter that once defined me brought me into a much deeper identity as someone who could be respected, even admired, for my smart training programs. It taught me that I could help others. I could serve others and bring them an experience that could be transformative. More than anything, I built Gymnazo to give each of us a sense of belonging when we walk through our doors. Fitness doesn’t need to be intimidating. For me it was a light at the end of a tunnel. It was a sanctuary from the negative beliefs I held onto that made me shrink and play small.

My hope is that Gymnazo is a vehicle to you that gives you gifts beyond a strong and capable body. It is my mission in life to use our unique blend of fitness performance and restorative techniques to heal parts of us that go deeper than how we look in the mirror. We are so much deeper than what meets the eye.

May you feel that and know that you belong, you matter, and you are not alone each time you walk in for a workout.

Movement is cool, and moving with multiple generat

Together We raised over $600 for the @familycarene

This is how we get our week started at Gymnazo!! A

CONGRATULATIONS @intergalactichero !! You won the

We are hiring for our San Luis Obispo training fac

Happy Monday! We are excited to have more athletes

Stoked for the Bagua Zhang workshop that will be a

We are stoked for the last weekend of July!! A who

Mark your calendars for the end of this month! We

The Warm-Up Circle is one of our signature session

Happy Friday Gymnazo family! You all crushed this

Wow what a quarter it has been!! So many more mile

Congrats to team @gymnazo!! This past weekend our