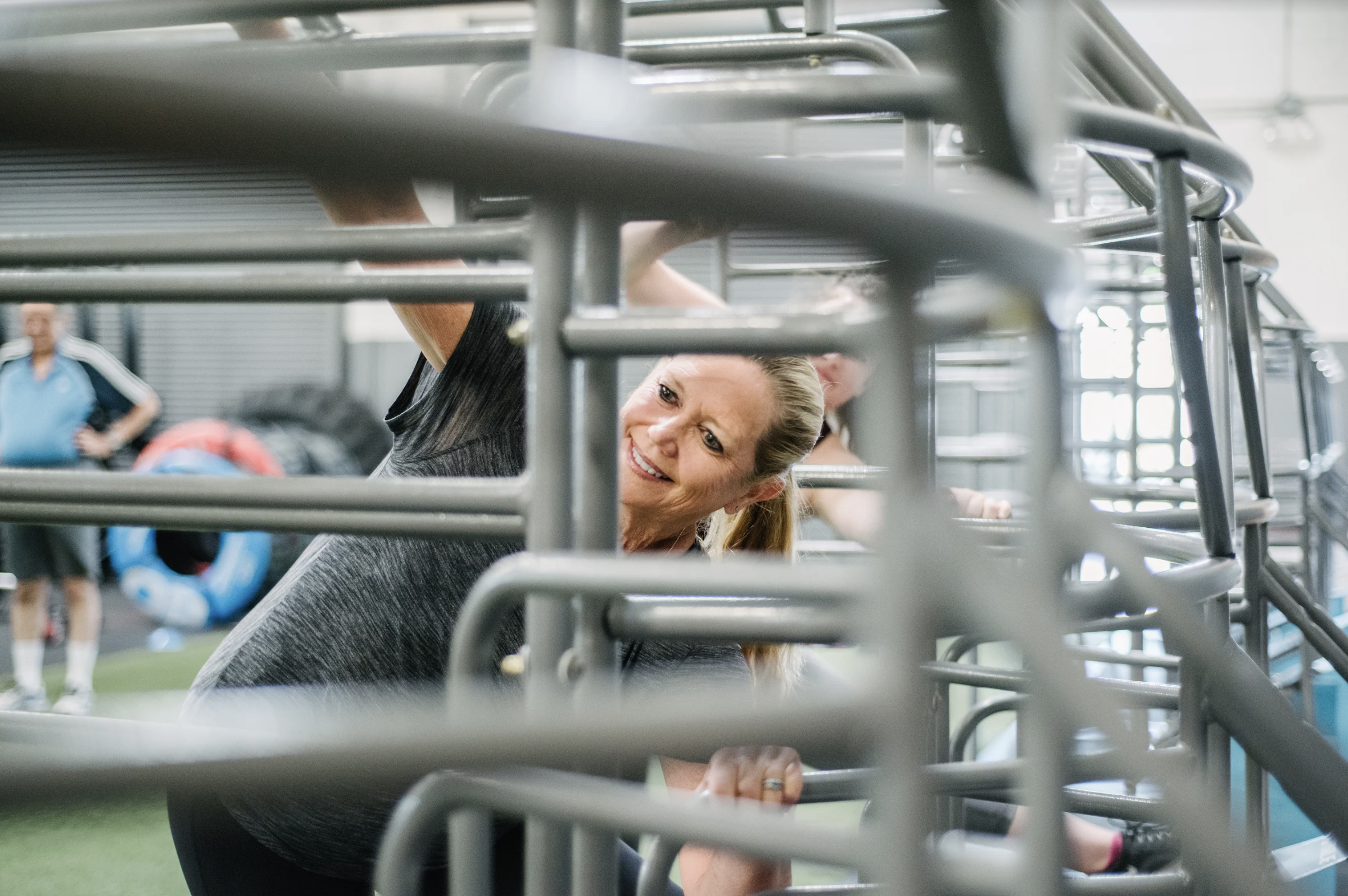 Last week my wife was working out with me in Fortis (our advanced group training program) doing a variance of a push up. She’s was in her second round, going strong and then I saw her arm buckle and face grimace. She tried again to do a push up, and cringed in pain. She said she felt something pop in her elbow like a tight guitar string got plucked and she couldn’t put any weight on it.

A week later, she was still in pain and unable to fully workout. Frustrated, she couldn’t figure out why all of a sudden her elbow of all things went out on her and why it wasn’t healing quickly.

One of the challenges coaches have in our industry is combating injuries that seem to come on without a warning and also trying to keep the injured member from “working through the pain.” When someone gets injured what or who is to blame?

Sometimes it’s the coach putting the member in a position of vulnerability or it can be a member who doesn’t remember to tell the coach about a previous injury that would adjust their strategy for their conditioning. Other times, it’s non-movement or a sedentary lifestyle that subtly impairs the body from performing as it was designed.

For my wife, it is non-movement that was to blame. Like many in today’s workforce, she works 10-12 hours Monday-Friday and sits all day long. This position disables her core and pulls her shoulders and head forward making the muscles on the posterior side of the body (back and neck) work harder to resist gravity. For her, it was her scapula (shoulder blades).

So I took her to the facility on Saturday to find out what exact movements create pain and ultimately what muscle group was responsible for this joint pain. When a particular joint is in pain, it is more than likely not the joint’s fault. It’s most likely a joint up or down the chain reaction that is not moving as it should. This in turn forces the joint that was injured to compensate/overwork in order to accomplish the desired movement.

After a couple movement assessments it was clear her shoulder and back muscles were limiting the movement of the shoulder blade. It was not surprising that is was due to the long hours she spends at a desk.

So we put together and filmed a sequence of movement patterns to go through that will benefit anyone who sits most of the week.

If you do not have a TrueStretch, try using a chair or doorway frame at home to get some of the reaches this video shows.